About Us
|
Our Staff
|
Why Choose Us
|
Testimonials
|
Our Location

Our staff is comprised of dedicated and licensed professionals with the experience to answer all your questions regarding our services. Please feel free to contact any of our staff members at any time. 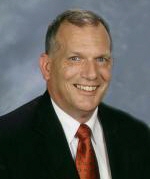 Born and raised in the Sandy Lake,  Robert graduated from the Lakeview High School in 1978, attended Shippensburg University and the Penn State Fayette campus and graduated Magna Cum Laude from the Pittsburgh Institute of Mortuary Science.  Following an internship with the Gordon B. Garrett Funeral Home, Titusville, Robert returned to Mercer County purchasing the funeral home in Sheakleyville in 1985,  in 1993 Robert was able to acquire the Donald E. Bleakney Funeral Home in Fredonia which is now operated as a branch office of the Robert L. Snyder Funeral Home and Creamtory, Inc. Sheakleyville.  Robert is married to the former Debra E. Alexander.

Robert had a rewarding career as a full time Police Officer in Vernon Twp., Crawford County retiring in 2002 after having attained the rank of Sergeant.   Building upon his years in law enforcement Robert continue to service the public with the  Mercer County Coroner's Office as the  Mercer County Chief Deputy Coroner.  Robert is Board Certified as a Registered Diplomate  with the American Board of Medicolegal Death Investigators (ABDMI).

David is a graduate of the Commodore Perry High School following which he attended and graduated from Triangle Tech, Erie with a degree in Maintenance Electricity.   In January 2012, David was matriculated into class 146 of the Pittsburgh Institute of Mortuary Science and graduated in September, 2013 with an ASB degree in Funeral Service.  In addition to David’s daily responsibilities as a funeral director, he also assumes the day to day operations of the funeral home’s onsite crematory.

In September 2015, David married the former Alexia DeAngelo and together they have a daughter, Lydia and twin sons, Jared and Zachary.

In 2019 David enlisted into the Coast Guard Reserves and is attached to Sector Buffalo in Buffalo, NY where he serves as a Maritime Law Enforcement Specialist.

We are pleased to have David join the family business as the second generation funeral director as he continues the tradition of providing care and comfort to our communities.

About Us
Our Staff
Why Choose Us
Testimonials
Our Location

Pre-Plan
Pre-Arrangements Form
Have The Talk of a Lifetime

A year of daily grief support

Our support in your time of need does not end after the funeral services.  Enter your email below to receive a grief support message from us each day for a year.  You can unsubscribe at any time.